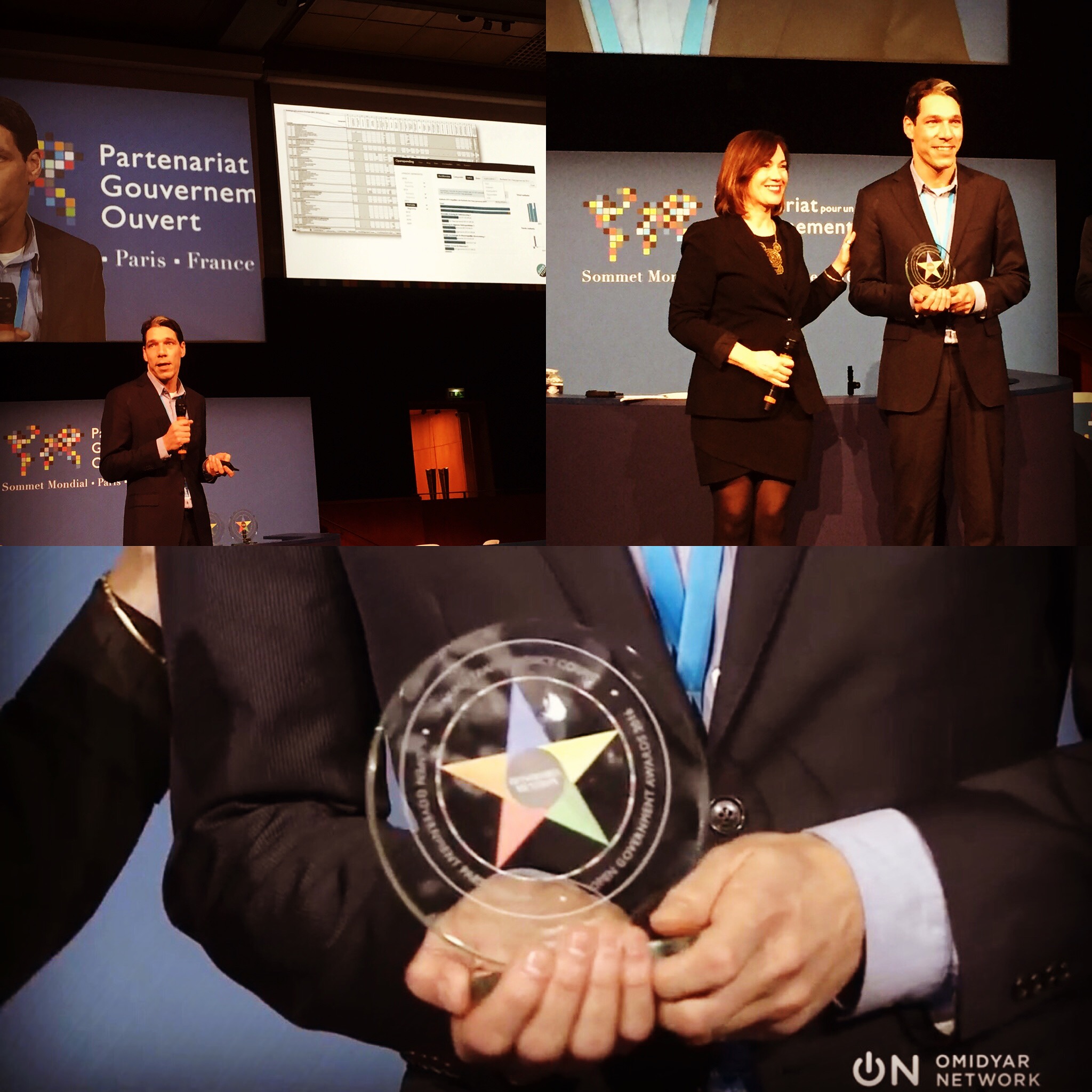 OGP Chief Executive Officer, Sanjay Pradhan, believes that transparency reforms must be strengthened and reinforced by embedding citizen participation and government accountability of those reforms. “These award-winning initiatives from across the globe show that change happens from the ground up, and is most successful when civil society partners with government to collaborate for a better future.”

OGP launched in September 2011 with eight governments and nine civil society organizations at a side event during the United Nations General Assembly. Today OGP is composed of 70 national governments and hundreds of civil society organizations who together have made over 2,500 commitments to bring about greater transparency and accountability in government, facilitating real changes that improve the lives of citizens around the world.

Open State Foundation began in 2013 with the disclosure of financial data from the Amsterdam Central District. In 2014, Open State opened up budget and spending data of over 200 local and governments in the Netherlands. With support from the Ministry of Interior this resulted in the end of 2015 with the sustainable release of all quarterly spending and budget data of all Dutch local and regional authorities as open data. Currently Open State Foundation works to open more detailed information on public spending by Dutch local governments.