In 2014 Dutch ministries provided twice as much grants as in 2013. An analysis done by the Open State Foundation shows that 44.507 grants have been given to 10.993 recipients, with a total cost of 5.5 billion euro. Last week the Dutch government released its grant overview of 2014 as open data. 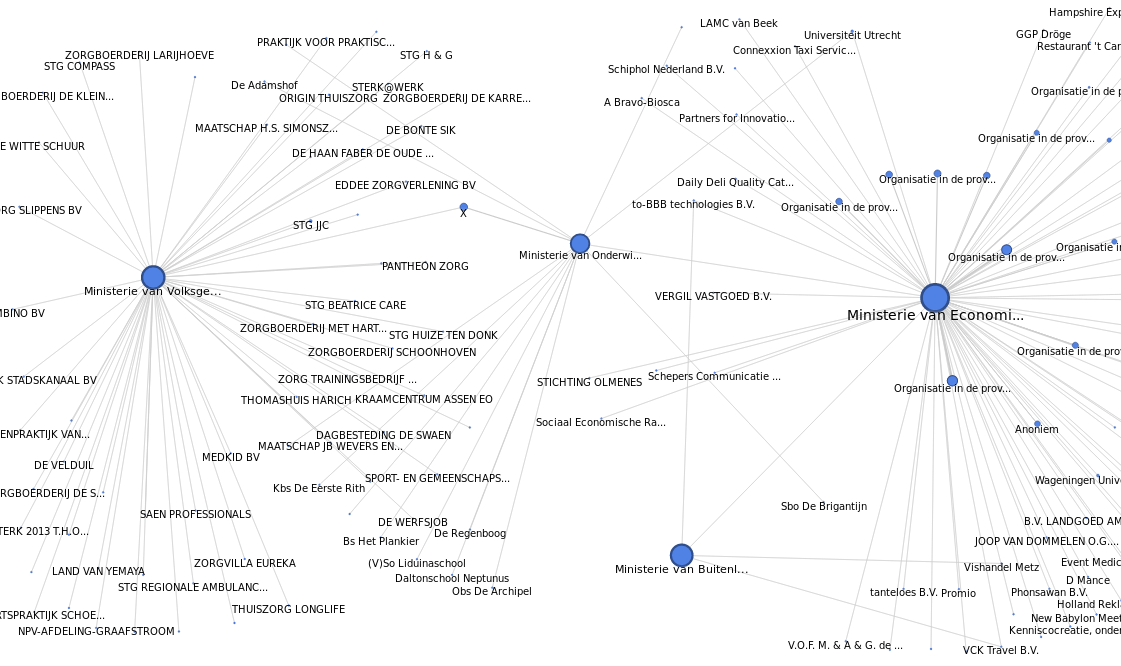 Subsidietrekker
Open State Foundation added the full list of grants to Subsidietrekker.nl. It is possible to search by recipient, ministry, regulation and policy article. Also a comparison can be made over several years.