In the Netherlands a first step is made with open data of municipalities to better understand the functioning of local democracy. With releasing meetings, agenda’s and other documents of local municipalities as open data, a number of Dutch municipal councils make re-use of this data possible.

In the documents of local councils you can find a wealth of information. Online information from municipal councils, however, are hard to find, analyse and re-use.

Citizens, councillors, journalists and others who want to follow local politics need more accessible and easily usable applications. They should be better served by open council information.

In a pilot Open State Foundation released the first decision making data of Dutch municipalities as open data. The data of six municipalities can now be re-used. By releasing this information as open data, governments strengthen the information position of council members, citizens, advocacy groups and journalists.

Open Municipal Information can be found with the search engine. On Github and with the API-docs you can learn to work with the data. The Open State Foundation works on enhancing the Open Munipal Information and adding extra governments to the API. 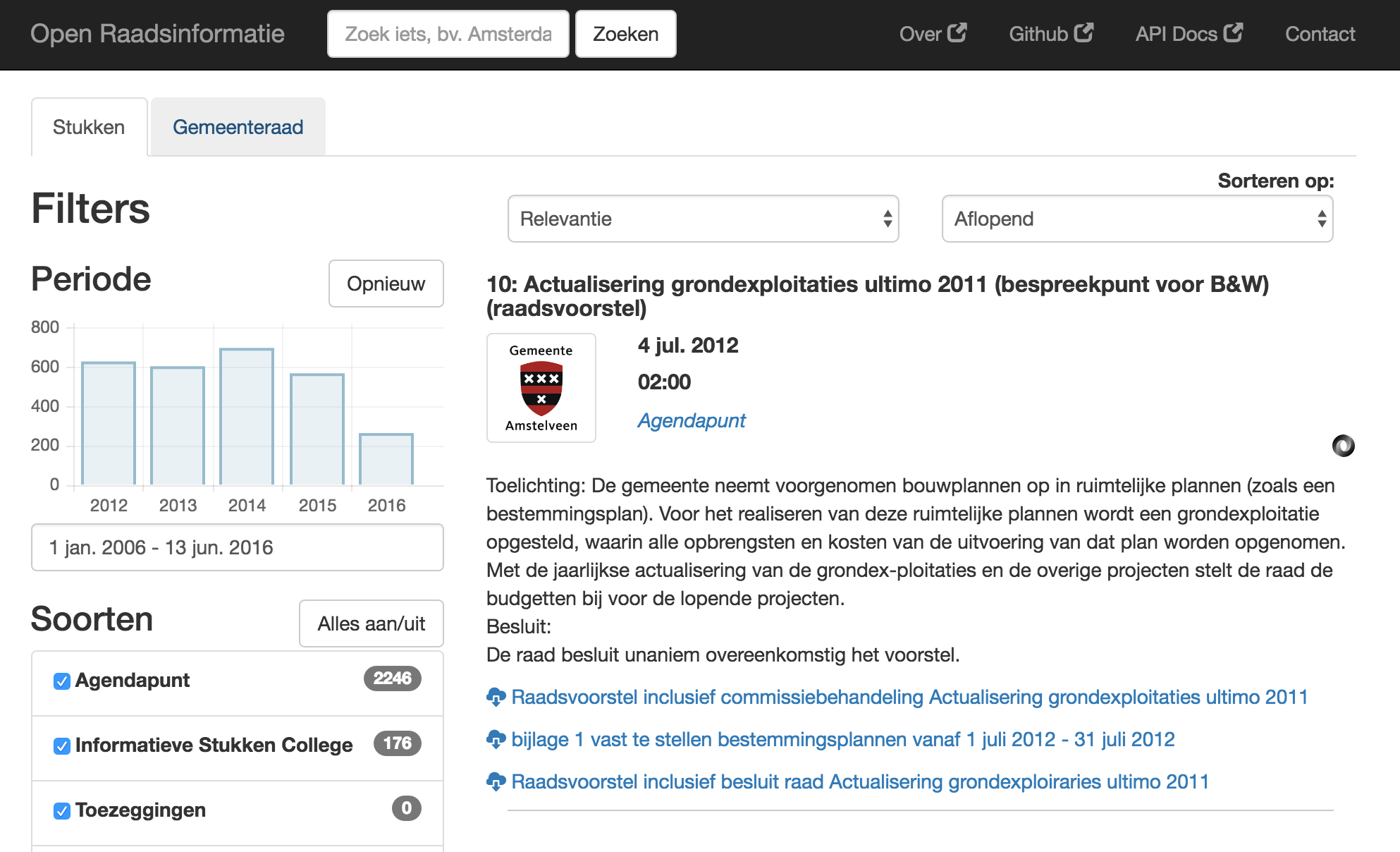 An update on Open Council Data

Pilot Open Municipal Information: the needle in the digital haystack