App gives insight into the political origin of a news report

See at a glance which political documents exist about a local or regional news item? That is now possible with the app Voordat het nieuws was (‘before is was news’).

Voordat het nieuws was is a browser plugin, which makes a connection between news and its political origin. The app challenges Dutch inhabitants to emerge in the background of a story. It shows readers of an online news article the local or regional political sources from municipalities or provinces.

In the run-up to the Dutch Provincial Council elections on 20 March, the first version of the application will be launched as a beta on Monday at the Ministry of the Interior in The Hague.

Voordat het nieuws was is developed by Oberon, winner of the app-challenge ‘Open Stateninformatie’. Oberon receives a development budget of 30,000 euros from the Ministry of the Interior, in the challenge that was organised by the Open State Foundation and de provinces of South-Holland, North-Holland, Limburg, Flevoland and Utrecht. 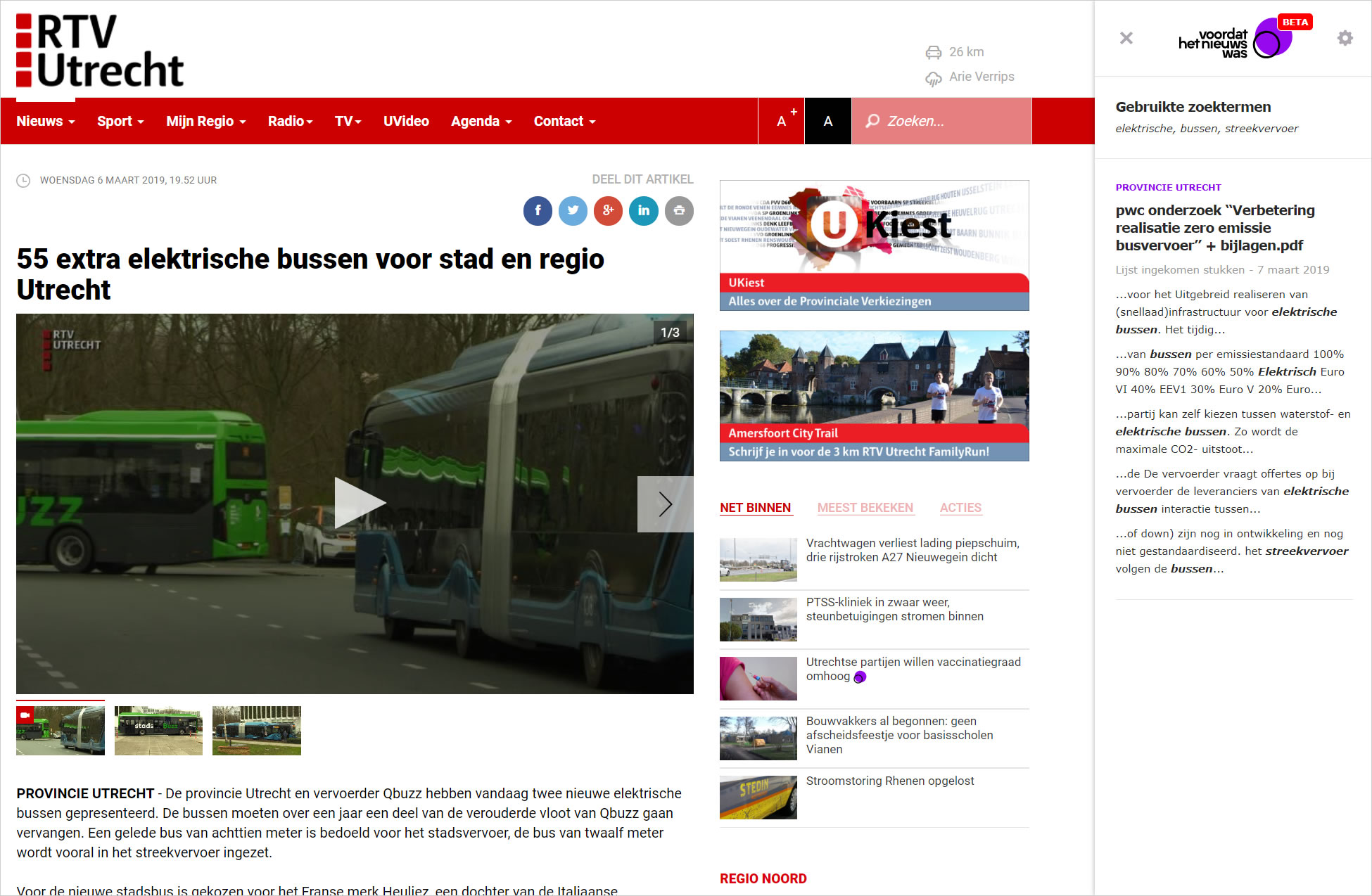