Today Open State Foundation won the Stuiveling Open Data Award (SODA) and was awarded with €20.000 for the website PoliFLW. State secretary Raymond Knops gave the award to Open State during the Innovation Expo in Rotterdam. PoliFLW gathers news articles from websites and Facebook-pages of local political parties. These articles are accessible, searchable and re-usable as open data. Open State will use the awarded amount to further develop the website.

The Stuiveling Open Data Awarded is a price awarded by the Dutch Ministry of Interior Affairs for open data apps in commemoration of Saskia Stuiveling, the former president of the Dutch Court of Audit. The jury selected PoliFLW out of 27 submissions. Jury president Arno Vissers, current president of the Court of Audit: “PoliFLW makes it possible to better work with large amounts of information. It makes following local politics easier. The user-interaction makes this app unique in comparison with the other submissions.” 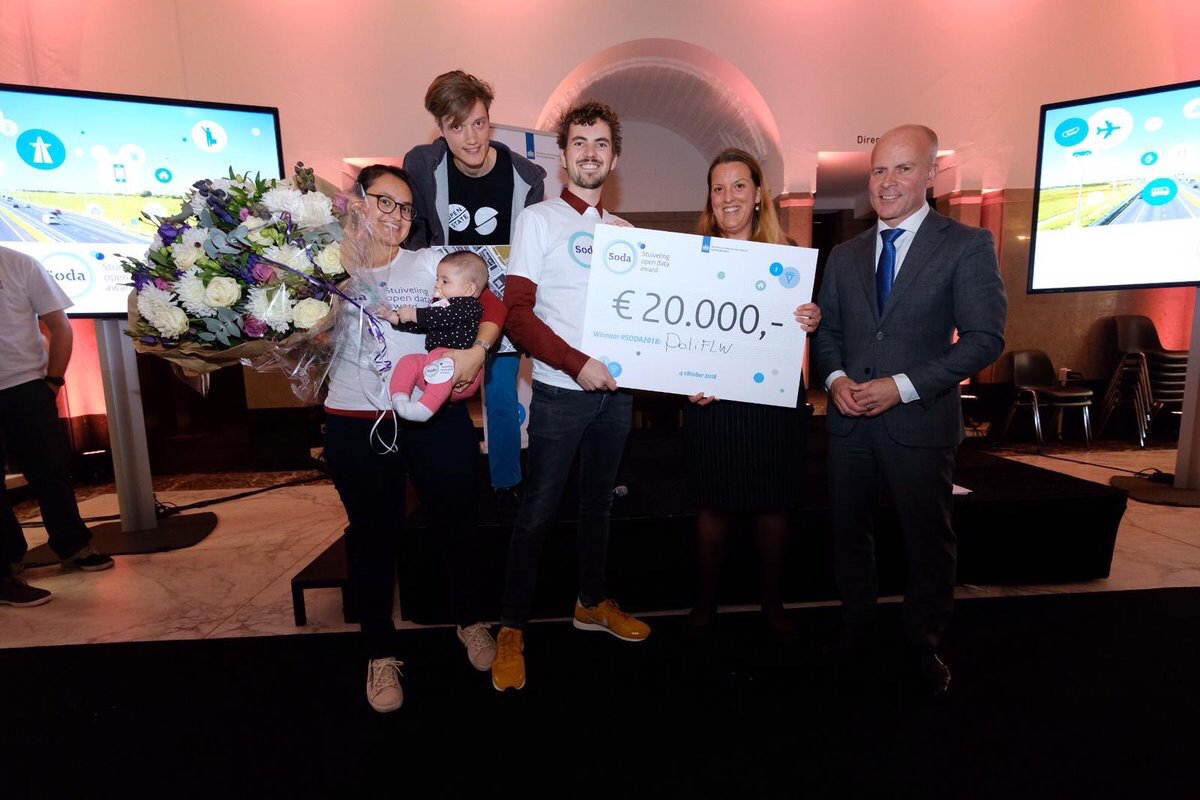