Everyone can ask for documents with help of the Dutch Freedom of Information Act (Wet openbaarheid van bestuur). However, not all public institutions publish the requests, decision and documents of these FOIA requests. Publishing these documents promotes transparency and can help prevent additional requests. There are also several governments that publish FOIA documents, but these documents are not always very accessible.

The provincie of North-Holland is responsible for the commitment, together with Open State Foundation, Association of Netherlands Municipalities and several public institutions. As part of the commitment a standard will be made so that these documents will be more comparable and easier to re-use. Also the documents will be published online and added to OpenWob.nl,a platform that Open State Foundation built for the municipality of Utrecht. Open Wob makes FOIA documents searchable and re-usable as open data via OpenWob.nl/Utrecht. 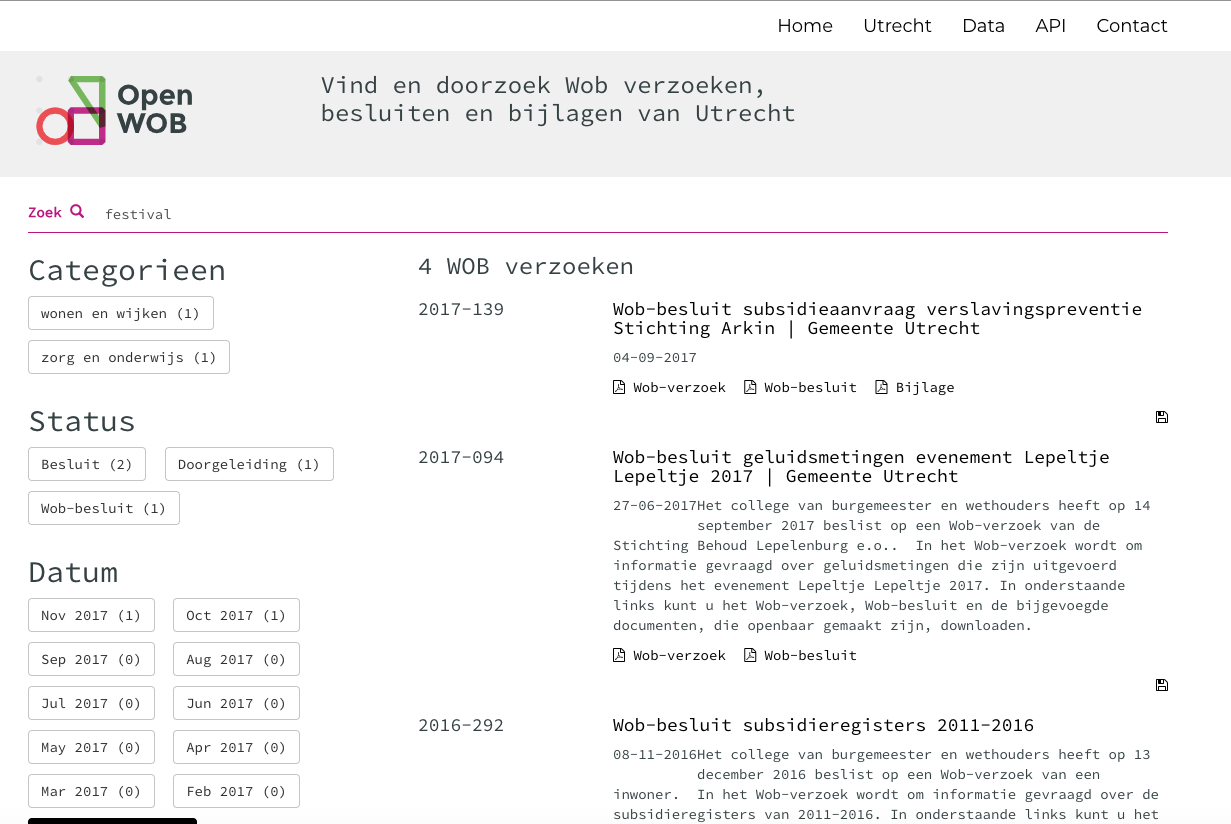